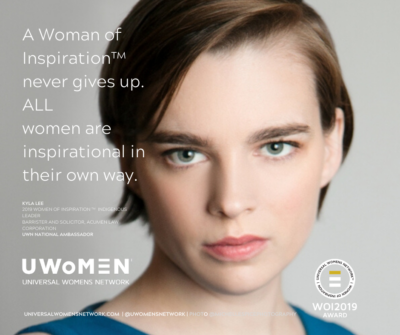 Kyla Lee is Metis. She is a partner at Acumen Law Corporation. Kyla routinely appears in all levels of court in BC and has presented impaired driving and roadside prohibition cases at the SCC. She is known for her tireless advocacy, often succeeding in seemingly unwinnable cases.

Kyla is passionate about legal education and awareness. Kyla writes regular opinion columns for Vancouver Is Awesome and Huffington Post. Kyla’s legal education activities also include her weekly podcast, Driving Law and her weekly video series, Cases That Should Have Gone to the Supreme Court of Canada, But Didn’t!

An outspoken defender of Charter rights and the rule of law, Kyla Lee has appeared before the House of Commons Justice and Human Rights Committee three times, and before the Standing Senate Committee on Constitutional and Legal Affairs, to provide expert testimony about various government bills.

In addition to legal education and advocacy activities, Kyla volunteers as a mentor with the Canadian Bar Association, and lectures to the UBC Indigenous Community Legal Clinic bi-annually. Kyla has also funded a scholarship at UBC for Indigenous Law students.

UWN: Are you finding inspiration in stories of courage, bravery, perseverance to support you through this time?

KL: Yes absolutely! Mostly, I am inspired by all the strong women I see on social media. Whether they are mothers balancing their children and careers while working from home, to women who are maximizing the opportunities available to them by finding creative outlets, cooking, sewing, painting, or dancing… all the women on social media who are sharing their stories of staying sane during this pandemic are amazing sheroes to me.

UWN: How does it feel to be acknowledged as a Women of Inspiration?

KL: It’s amazing. I feel like it has opened many doors. It also helped me to stop doubting myself. Sometimes I get engulfed in self-doubt, like I’m not doing enough for women or Indigenous people. I persuade myself that being an Indigenous woman who is succeeding in a career dominated by white men is somehow not enough. The acknowledgment of this award has helped me to see that what I do is enough and is – hopefully – inspiring others too.

UWN: We are honoured to have you part of our journey. Why did you make the decision to become a National Ambassador?

KL: I wanted to help other women to find a network of supportive and kind women who can inspire them and be there for them. When I attended the WOI Gala in Calgary I made some awesome connections with cool women like Lindsay Harle-Kadatz, who is now inspiring me with her daily running journey on Instagram and her positivity and exuberance. Monica also inspired me by being so invested in each of the women. The way she knows details about each of us and is genuinely invested in our lives is really hard to find. Other women need to meet Lindsay, Monica, and everyone like her. I want to help women build and foster those connections.

UWN: Why is recognizing women in leadership roles critical? Why now more than ever should we recognize the achievements of leaders at all levels, including the unsung heroes.

KL: When most people think of leaders, we think of white men. It’s sad, but it’s true. And you don’t need to look very far to see all the leaders in the world that fit that description (premiers in Canada, the PM, the President, State Governors, UK leaders, etc.). If we don’t see people who are leaders and making a difference that look like us, sound like us, and fit our descriptions… we have trouble imagining ourselves in those positions.

This pandemic has given a lot of people a different perspective. Now we look at heroes differently. When – before this – did we ever think that a minimum wage worker at a grocery store was an essential service and saving lives? Now we depend on those people and celebrate them every day. That shouldn’t just be a pandemic thing. That should be the normal.

UWN: How has your adversity, and journey prepared you to lead through a crisis? What is one thing that you swear by that has helped you when faced with uncertainty or a challenge?

KL: I hope I’m allowed to swear. Facing adversity in my past has helped me a lot now. I learned to make the naysayers go away by showing them wrong. I learned to never take “no” for an answer. And I learned to “fuck ‘em if they can’t take a joke.” No one is going to like everything you do all the time, but the only way you can make them see that you’re right is to do it and to succeed.

So when I face uncertainty or a challenge now, I just remember all those times that I managed to get through it in the past and faced my fears and had success.

Have I failed? Yes. But those failures help too. Because every time something failed or did not go my way, it wasn’t as bad as I had persuaded myself it could be. Nothing has been unfixable, so failure is just an opportunity to learn how to do something better in the future.

UWN: Has this time of PAUSE given you time to gain a new perspective? What are some of the realizations you have made?

KL: That I really depend on my weekly downtime where I have a meal out at a restaurant and decompress. I miss that a lot right now. But I’ve also realized a lot about my ability to be productive and my capacity to procrastinate… both of which have been happening simultaneously right now.

UWN: How has the Global Pandemic affected you personally and professionally? Tell us how this has changed, motivated or inspired you?

KL: Work has slowed down majorly. I’ve been glad for the break, as it’s allowed me to catch up on other projects. But finances are hard – and harder for others. I’ve tried to remember that I am fortunate to still be working and bringing in some business and to pay it forward.

UWN: What words of inspiration and wisdom would you offer for leaders to through this historical time?

KL: Don’t let a loud minority steer you off the proper course. Lots of people are calling the pandemic a joke, or a hoax, or saying that social distancing measures should be ended to save the economy. Lives are more important than money. They always will be.

UWN: Where do you see yourself in the next five years?

KL: Still practicing law. I’d like to have a bigger profile in the legal community and more successful cases under my belt. And I’d like to be working on my distillery and expanding my marketing business as well.