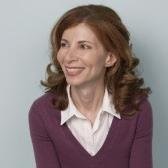 Edie is currently President and Chief Executive Officer of Radke Film Group which started in 1992. Radke Films expanded into an umbrella of independent production companies including Steam Films, OPC, Soft Citizen, Filmgroup Vancouver, Vapor Music, Common Good, Free Society and Undefined Content. Edie is responsible for the over all direction of the companies. Under Edie’s skilled management, Radke Film Group has garnered many international awards and has grown into one of the most successful commercial production companies in North America, and in 2008 Radke was selected as one of the top 10 Production companies in North America. In 2009 Edie received the RBC Woman Entrepreneur Award. In 2022 Edie was inducted into the Marketing Hall of Legends.