The Universal Womens Network™ is a global platform committed to gender equality by raising the bar to advance women in their networks, communities, and workplaces. We connect, celebrate and recognize women along with men who SupportHER™ to empower women to succeed personally and professionally.

Since launching Universal Womens Network™ , formerly Canadian Business Chicks in May 2014, Monica has broken traditional barriers and silos by embracing collaboration and diversity.

In five short years, Monica has built a recognizable National brand across Canada and spearheaded partnerships with government agencies, non-profits, venture capitalists, and women’s organizations. In 2015, Monica created Women of Inspiration™ Awards to recognize a woman who helped her overcome adversity and life-changing Seven Journey in the justice system with 4800 hundred hours of litigation, 22 days of trial and 56 + court appearances.

Monica’s vision for 2020 and beyond is Universal, creating an inclusive & sustainable network to elevate inspiring women and the men who SupportHER™, work with like-minded organizations globally committed to gender equality, forge strategic partnerships with government agencies, economic development, and critical stakeholders to advance women in business.

Her vision is fueled with a commitment to gender equality, diversity, and inclusive cultures, disrupting barriers, celebrating female role models and the men who SupportHER™ to advance women in business. As our founder's vision grows, it will continue to empower women who have overcome adversity and gender-based violence to rebuild their lives through The Nest Foundation™.

We are committed to gender equality and bringing men to the conversation who champion and SupportHER™.

Mentorship is the key to success. Our Mentors are women and men who want to see you succeed!

Empowering women to rebuild their lives for themselves and their children.

We celebrate female role models and men who SupportHER! Sharing your success paves the road for others to follow in your footsteps!

It takes courage to show vulnerability. Together we conquer our fears and forge our path.

It takes confidence to ask for help. Together we conquer our fears and forge our path.

It takes commitment to use your voice and to stand out in the crowd. Together we conquer our fears and forge our path.

It takes integrity to pave the road less travelled. Together we conquer our fears and forge our path. 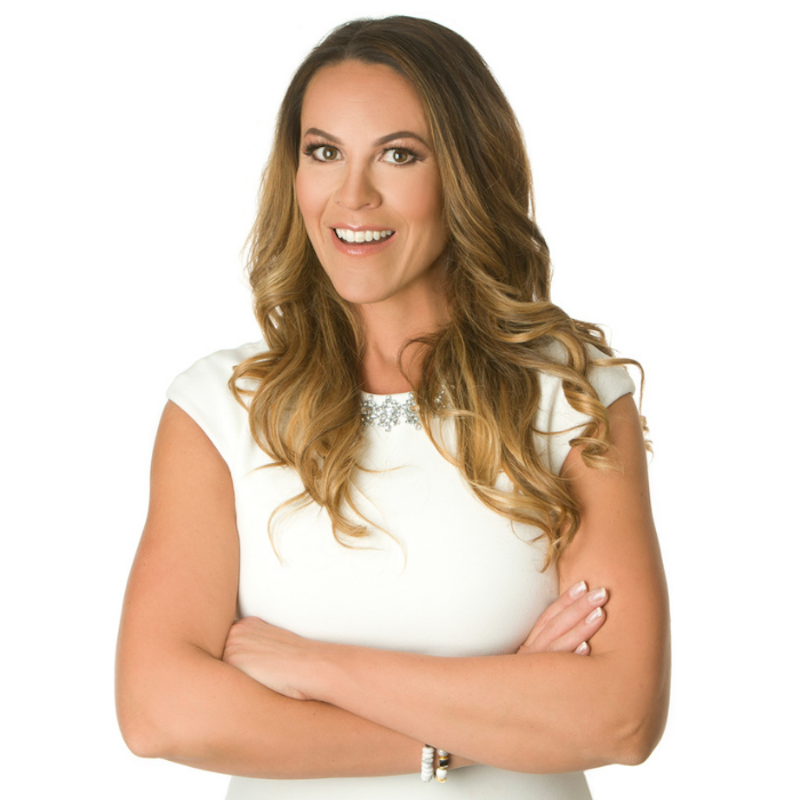 In 2007, Monica’s world turned upside down overnight. In an instant, she became a single mom, homeless with a baby; which in turn, became complex seven-year litigation, as Monica refers to as the "Seven Year Journey". It was one of Monica’s most vulnerable moments, but it was also the beginning of a life-changing journey that led her to launch Universal Womens Network™, Women of Inspiration - UWN Awards™, The Nest Foundation™, MentorHER™ and SupportHER™.

It was through this adversity that she stepped into her power and strength as a woman. Her inspirational journey of adversity, gender-based violence, cyberbullying, harassment, and 13 years in the courts at all levels as a result of divorce. Monica's raw and real story of resilience brings hope, for others to dream big! Monica is raising the bar for others to dream big!

In 2014, with a light at the end of a seven-year tunnel, Monica knew she was meant for something bigger. She was ready to focus on the big picture and find her purpose. With a passion for building authentic connections, empowering women, philanthropy and her entrepreneurial mindset, Canadian Business Chicks was hatched. In May 2014, Monica launched Canadian Business Chicks, a national women’s membership community. A place where professional women could build relevant and authentic connections and share their passion for business. A place, like The Nest, with no judgment where women could connect, empower, learn and celebrate with each other.

Monica’s vision included creating a legacy event, Women of Inspiration, to recognize a woman who inspired her to greatness.

Since the inaugural Women of Inspiration in 2015, she has tripled her attendance and opened recognized over 500 nominees across Canada. Her vision to recognize the everyday heroes has grown from a single award to multiple Diverse Categories and a National Awards Program recognizing the achievements of women. Monica’s vision is to celebrate female role models and the men who SupportHER™.

In 2017, Monica founded The Nest Foundation™ to empower women to rebuild their lives for themselves and their children through mentorship, education, wellness, and experiences. It was through her own experiences as a single mom picking up the pieces to rebuild her life after unimaginable adversity that she was compelled to help other women who looked “fine” when in reality the stress of litigation, and court costs, only compounded the ability to rebuild financially. She believes when women succeed, families succeed.

In 2018, Monica launched SupportHER™. As a mom of a young boy was compelled to surround her son with positive male role models. Fueled by the desire to find positive role models for her son to follow, she made the bold decision to elevate the male champion and SupportHER™ in their networks, workplaces, and communities. SupportHER™ is a vehicle to invite men to the conversation and be seen as Gender Equality and Diversity Leaders. Monica continues to grow the SupportHER™ Membership and works with organizations and consults with individuals committed to Gender Equality to advance women personally and Professionally.

Monica is a proud single mom to an active and brilliant young man, she loves to create, speak to share her messages to inspire others to DREAM BIG! She continues to be inspired by the thousands of women she meets! Monica believes every woman has a story and together we can move mountains and make an impact in our local communities and around the globe. 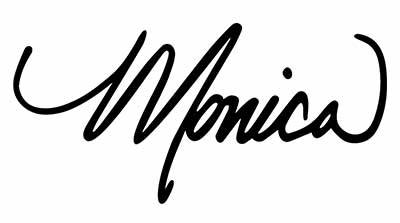 A Woman of Inspiration is empowered and not defined by her story. Every woman has a story!” Monica Kretschmer - Founder and CEO Universal Womens Network™, Women of Inspiration - UWN Awards™, SupportHER™

We believe that every woman has a story and together we are stronger. Our founder’s vision is to empower women to truly prosper at all levels of business and in life.

The Nest Foundation™ empowers women to rebuild lives for themselves and their children through education, wellness, mentorship, and memorable experience. The Nest Foundation™ partners with organizations who believe together we are stronger and can make a difference in the lives of others.

A Woman of Inspiration is a confident and authentic woman passionate about her cause, she is not afraid to take risks or ask for help, she embraces vulnerability, she empowers other women through her actions, she has unwavering determination, and she takes on and overcomes challenges with grace and dignity. ~ Monica Kretschmer

We are committed to creating opportunities for everyone to contribute to making a change in our world and passionate about building a circle of reciprocity that empowers others.

We believe that every woman has value and worth and together our collective contribution can make a significant impact on the lives of our fellow sisters.

We are proud to collaborate with other value-based organizations that believe in empowering women and paying it forward in the community. Interested in collaborating? Contact Us. 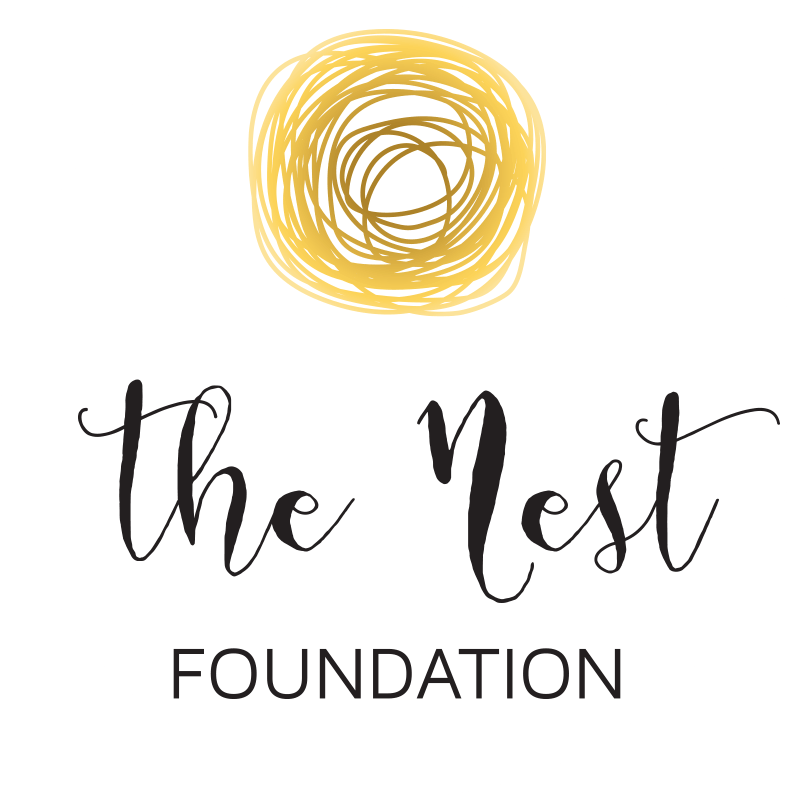 This has been an incredible experience from the pride of being nominated to the shock of winning! Thank you to the Universal Womens Network™ for bringing so many diverse women and their successes into the spotlight. I’m honoured to be included in this exceptional group of women.

As the recipient of the Women of Inspiration™ Vision Builder Award, I can't be more excited about such amazing recognition. As an Educational Leader, I aspire to make a continuous and real change in the lives of my students. Have a vision and a goal, set it in front of you and in God's hand and do your best to make it happen! Thank you once again for this honour that I will cherish.

I am humbled by the nomination, the many awesome people who wrote recommendations and to be awarded the “Integrity Award”. Hearing the award introduction, I was in shock when you called my name! What a remarkable recognition for my life’s passion in working with others! I look forward to ensuring that others have the same opportunity in the future. Thank you, Monica and all the many others who make this possible for us all. I look forward to working with the other recipients to keep sharing!

The Women of Inspiration Award is exciting, humbling and an honour. Thank you to those who believed in me and that saw the potential that I could make a difference in the world. That passion and resiliency can make an impact in our environment, whether we know the full extent or not. Recognition is so much bigger than me. It’s an opportunity to provide a positive influence and a chance to learn, grow and be motivated. Thank you to all the people who supported me on my path to receiving this award. it's not just my achievement; it's theirs, too.

The Universal Women's Network is an incredible organization that supports empowers and celebrates women founders, entrepreneurs, and trailblazers. I can attest to how meaningful this group is as I started my own company at age 50. Monica is herself a phenomenal force and woman to celebrate also. The Awards gala last night was so well done, so inspiring—I can't wait to have the chance to do this in person in the future.