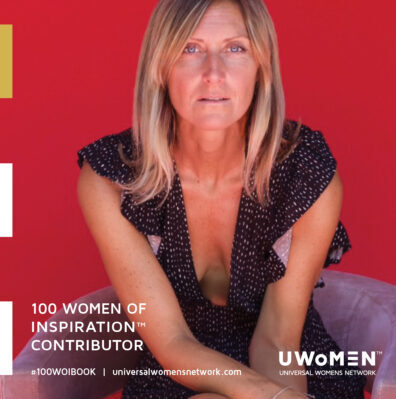 ELIZABETH BLAKE-THOMAS is a British award-winning storyteller and philanthropist based in Los Angeles, having recently directed her latest feature film during the COVID-19 pandemic. Will You Be My Quarantine? is a romcom starring Full House/Fuller House star Jodie Sweetin and is set to release in 2021. Elizabeth’s recent film Evie Rose, starring Oscar-nominated actress Terry Moore, premiered January 2021 on Amazon. Elizabeth is the founder and resident director of entertainment company Mother & Daughter Entertainment, whose motto is “Making Content That Matters”, putting focus on each project starting a conversation amongst viewers. A regular on panels at Sundance, Cannes and Toronto International Film Festival, Elizabeth mentors wherever possible, ensuring she sends the elevator back down to all other female storytellers. Creator of the healing methodology Medicine with Words; learn to lead a more purposeful, peaceful life through guided studies of intention, reflection and deeper discoveries.