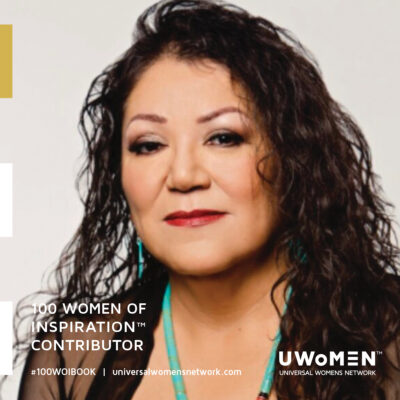 Rhonda has received 13 nominations in total and won six international music awards since she began her music career in 2010. Rhonda has had the opportunity to perform in some of the most amazing venues – Carnegie Hall, the Lincoln Centre, the Viper Room, the Opening and Closing Ceremonies for the 5 Lands Walk Festival in NSW, Australia, and numerous other venues. Rhonda also recently released an autobiography called Mezzo-Soprano – Memoirs of a Rez Girl. It wasn’t always an easy road for Rhonda, she was diagnosed with a brain tumour when she was 22 years old. Rhonda took a year off to recuperate from the 11.5-hour surgery. When she thought her life was back on course, she received devastating news again when she was 30 years old, that the tumour grew back. Once again, she took time off and took care of her health. Despite the setbacks and challenges, Rhonda continued to follow her passion for music.