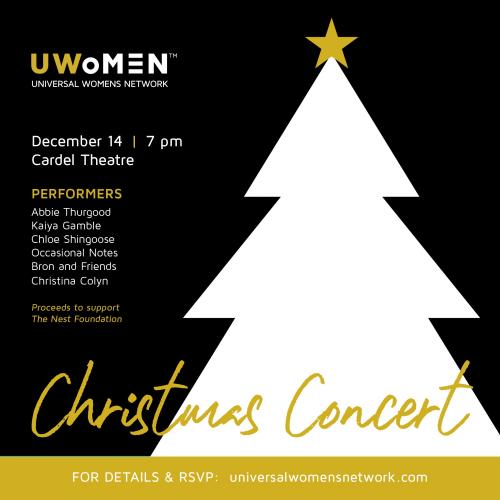 Celebrating the Holiday with Joy and Song!

We invite you and your family to join us for a heartwarming evening to celebrate the holiday season! Bring the family to join us for this special holiday concert featuring local artists in support of The Nest Foundation to empower women to rebuild their lives for themselves and their children. Our event is family-friendly.

Get ready for an evening to celebrate with family and friends! 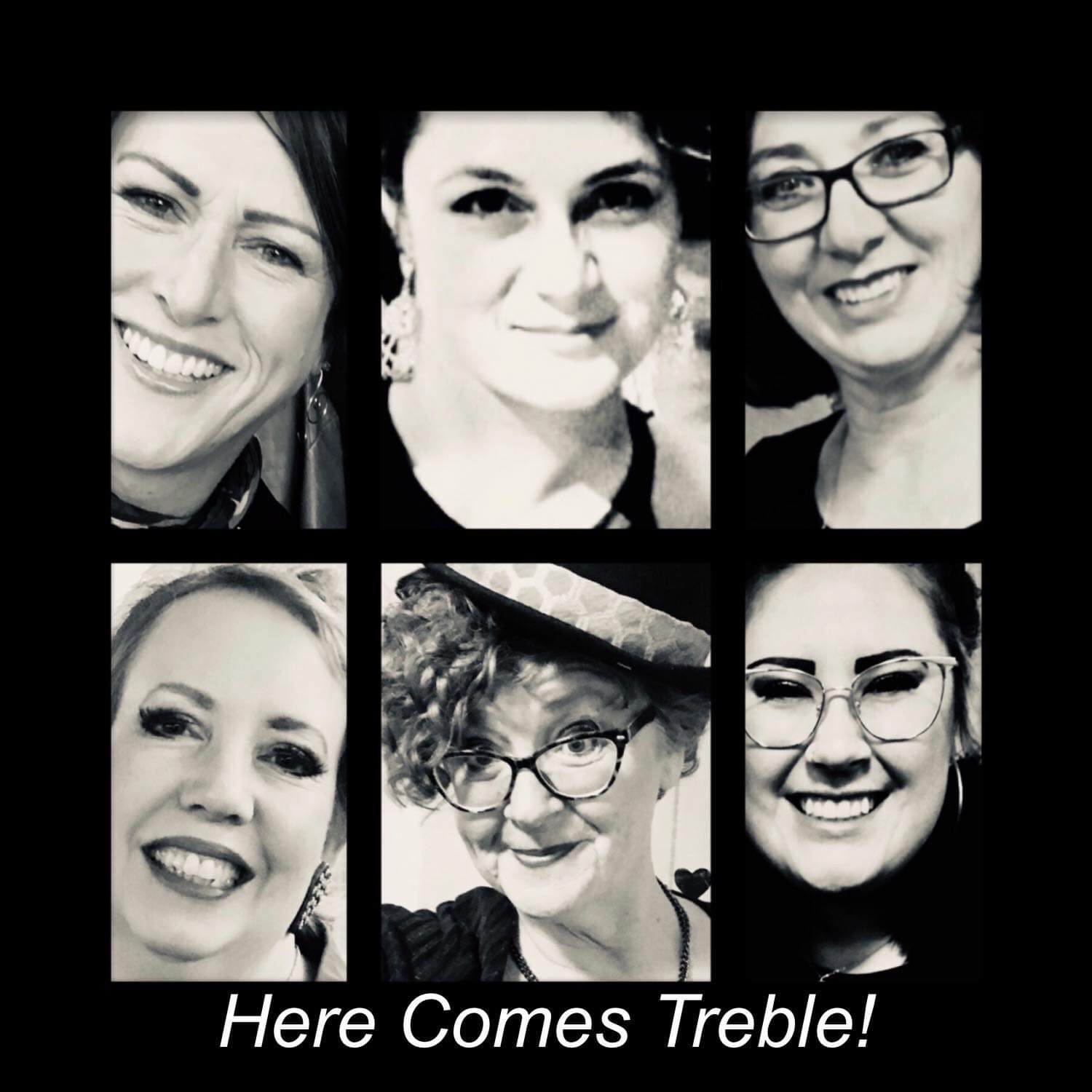 This group of six women initially set out to form a female barbershop quartet but found they so enjoyed each other’s company that they formed Calgary’s only 6 members “Quartet’.  Raging in age from their early 30s to their later 50s and from varying backgrounds, their bond has seen them through triumphs and challenges. They have been together for over a year enjoying their friendship and love for music,  meeting weekly for “Treble Dinners”, but have only started actually SINGING together in the past 5 months. This tightly woven friendship has transformed itself into tightly woven harmonies. We hope you will enjoy “Here Comes Treble” 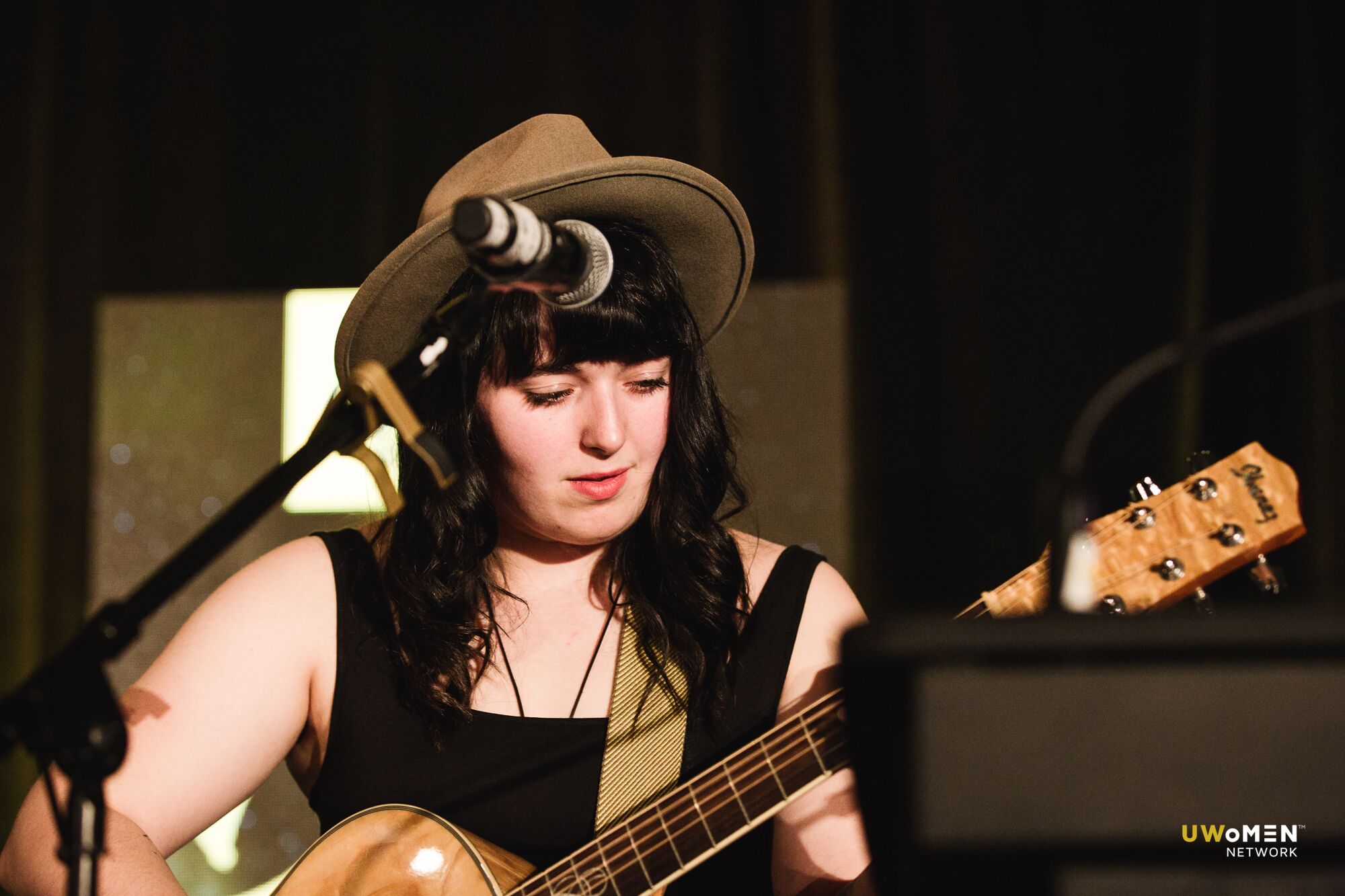 AbbieThurgood is a Canadian singer-songwriter hailing from Calgary AB, weaving between Rock, Blues, and Soul she is a bluntly honest, powerhouse songstress. You can find her in a multitude of different musical settings, from the raw singer-songwriter set to a face blasting, a space-bursting fury that is the psychedelic heavy rock projectGone Cosmic. Abbie is the frontwoman for the newly formed group, in just a year they have released their debut full-length album “Sideways in Time” under the German-based record label, Kozmic Artifactz. 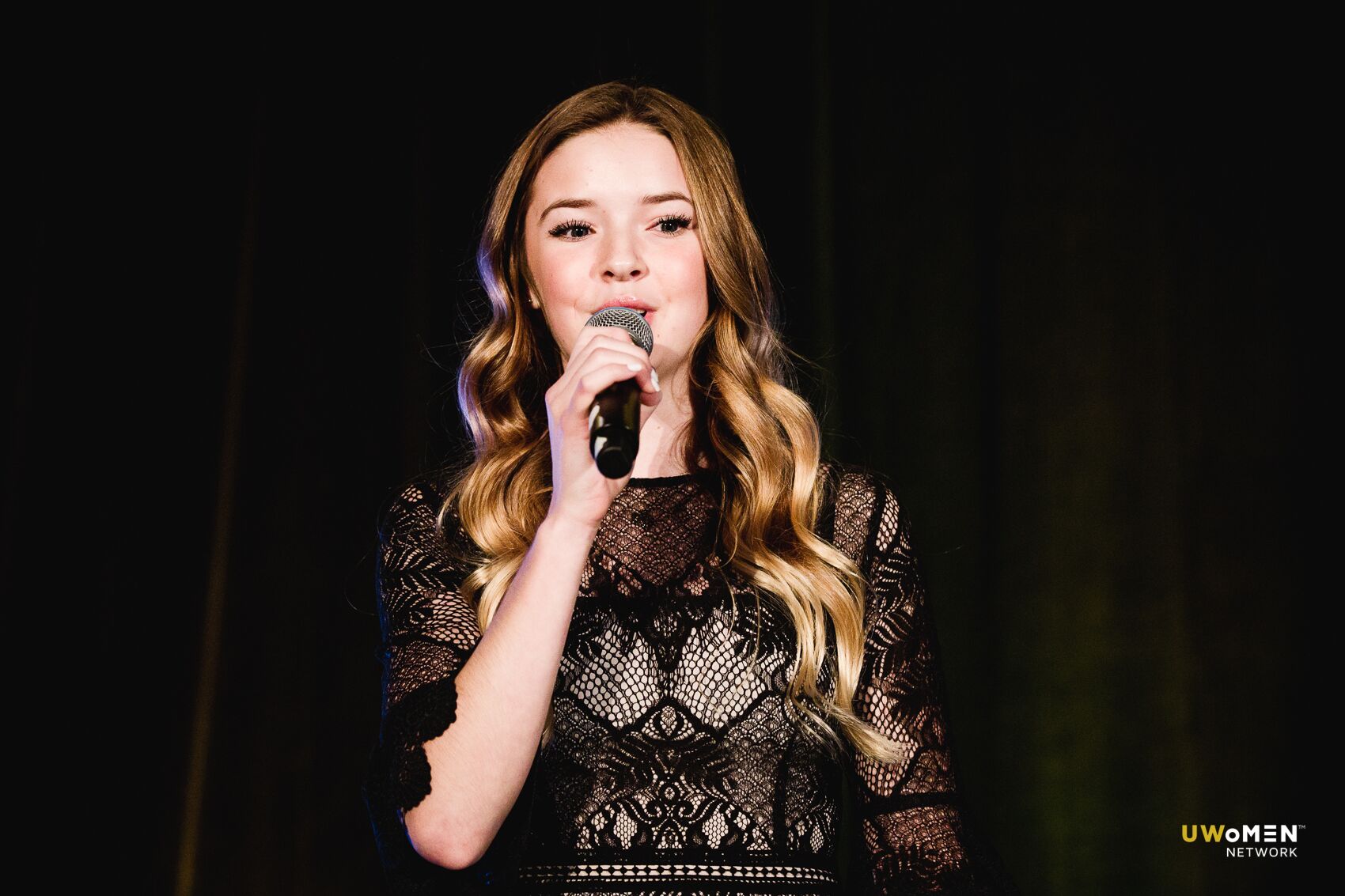 Chloe Shingoose is 15 years old and is just finishing up Grade 9 in Stettler, AB. She loves to excel in everything that you put in front of her. She keeps herself very busy musically with Vocal Lessons from Tamara Beatty and weekly Guitar lessons. She has a passion for Country Music but loves all genres and ages. She has competed in many Festivals and Talent Shows but absolutely loves singing for fun at
events like this. Chloe is also an athlete that enjoys every sport. This past year she played Bantam Elite
Hockey out of Red Deer and is currently playing Softball with the Elnora Eagles. Somehow with all of this
going on she still manages to keep her grades up and is always looking for the next adventure with
STARS in her eyes. 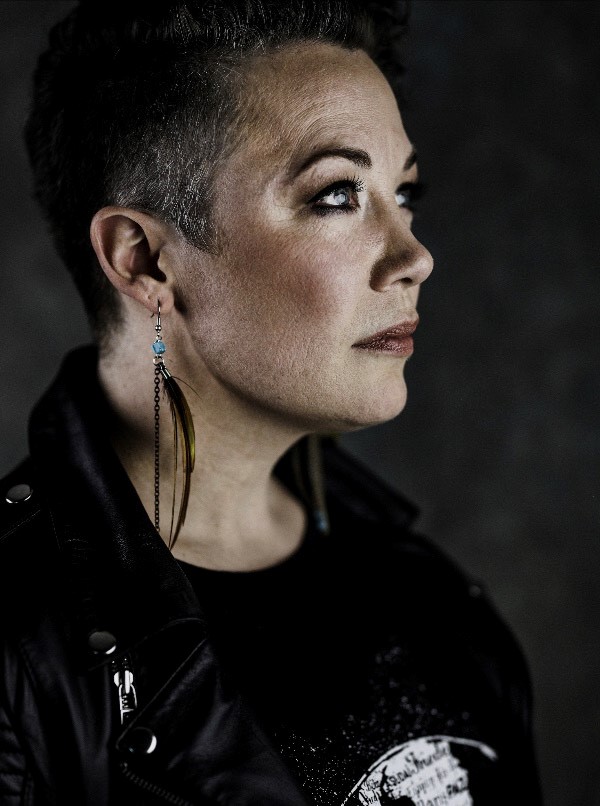 Christina is a mother of three daughters, one of whom has Global Developmental Delay. She has recently returned to performing, writing and recording music after taking a 10-year hiatus while her girls were young. Raised in a small prairie town in Manitoba, Christina grew up in a musical family where the sounds of southern rock, country, gospel, and blues could often be heard on playing on her Dad’s stereo. The lyrical themes distinctive to Christina’s music provide a rich and meaningful experience for the earnest listener. Her demeanor, being curiously accessible, beckons one to join in feeling as deeply as she does in the moments shared together. The sound produced from her has been described as being unexpectedly pronounced, chilling, and soulful. 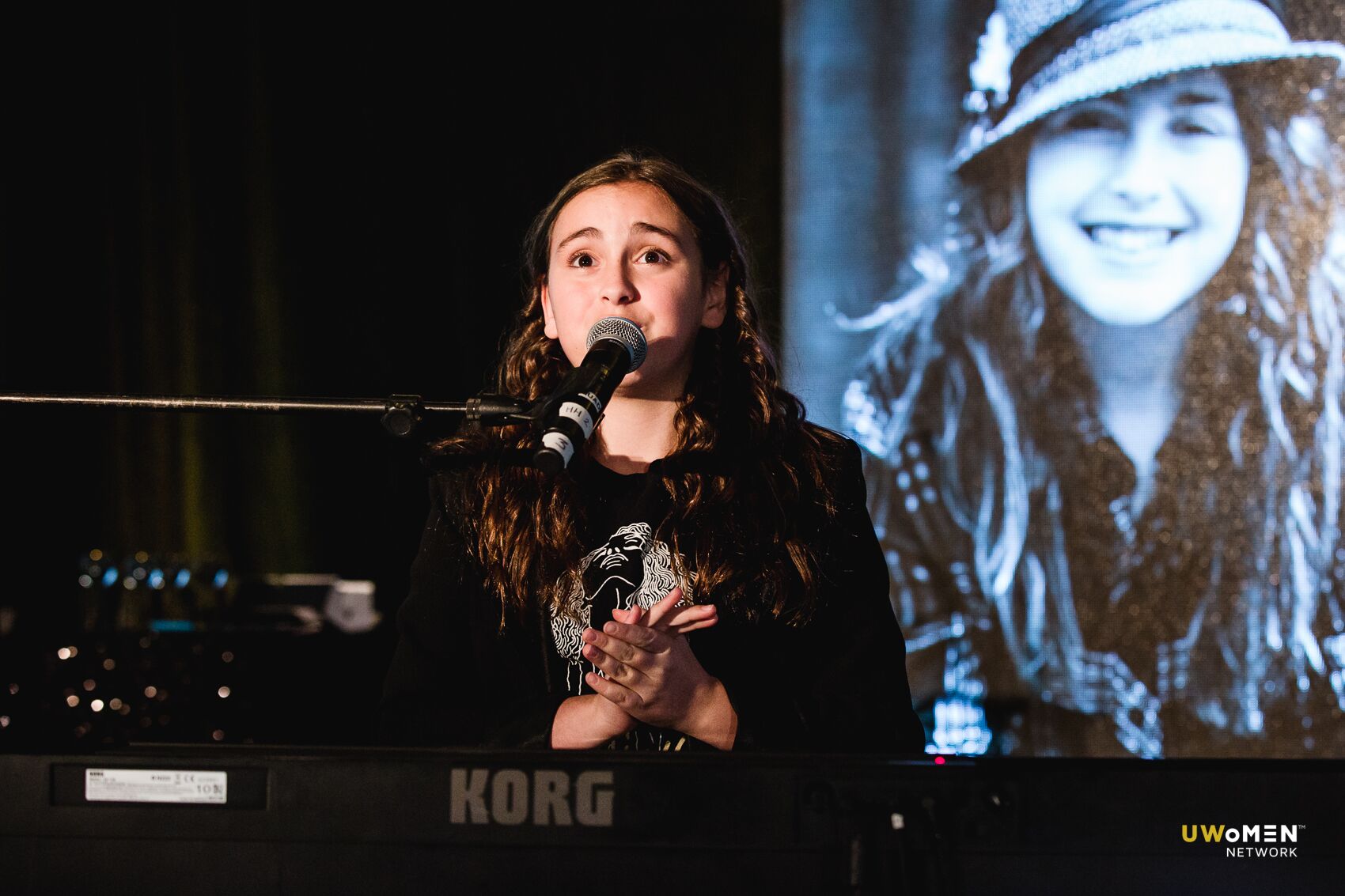 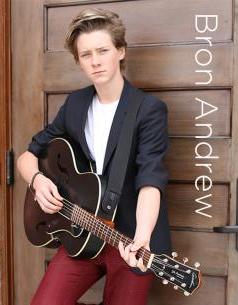 Bron Andrew is a Canadian based singer, songwriter & performer. Bron is currently attending Central Memorial High School in Calgary and is actively playing around the city at the Calgary Farmers Market, The Blues Can Youth Jam as well as in schools and for special events.

Mia Whitfield emerged in 2000 with her debut Number 1 hit Single “Show me I’ll Show you”. 19 years later she
has added to her “repetoire” and is now more than just a Professional Singer, she adds business woman.
founder of Singit Inc in South Africa and Canada. Artist Mentor & Coach to her list of achievements.

Tickets are not available as this event has passed.