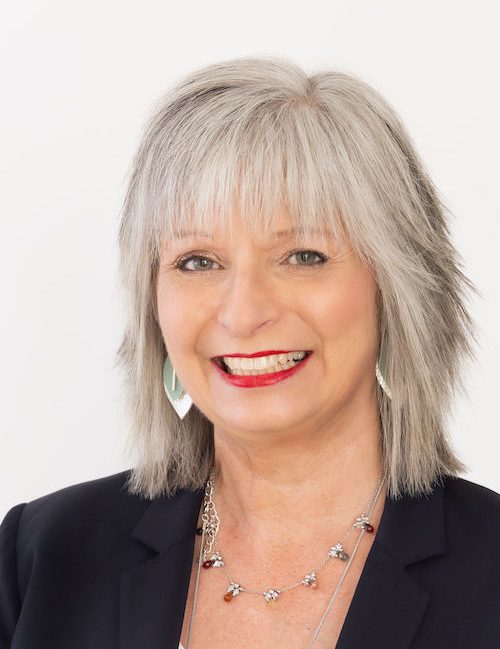 Tina Powell is a nationally published journalist, an award-winning communicator, and a bestselling author. She is the Founder and Chief Content Curator of GLORIOUS IS SHE, a social media platform that celebrates Canadian women who inspire, achieve, and empower. She has a Master of Communication Management degree from the University of Southern California, a Bachelor of Commerce degree from York University, and an English degree from McMaster University. She is currently working toward her Master of Arts in Gender, Feminist and Women's Studies at York University, and is an Alumna Mentor in York University’s Advancing Women Leadership Program. Tina is an inductee into the Sheridan College Business Hall of Fame and is a McMaster University Arch Award recipient. She recently received a Certificate of Recognition from the Government of Ontario for her significant contribution to children’s literature. Tina’s books have raised funds for numerous charities and her book If you could see what I see…, written in the aftermath of the 9/11 terrorist attacks, raised $58,000 for the Canadian Red Cross USA Appeal and is in the National September 11 Memorial Museum in New York City. During the pandemic, Tina donated $20,000 in autographed books to teachers and children’s organizations.

What is your definition of a Woman of Inspiration?

A woman of inspiration inspires others through her words, actions, and accomplishments. Her passion, enthusiasm, and commitment are evident in everything she does. Others take notice when she enters a room, walks onto a stage, or voices her opinion. With each interaction she leaves others feeling larger for having met her. Her heart sings when another woman achieves her goals. She’s your best friend, greatest cheerleader, and most trusted advisor all rolled into one.

Everyone woman has a story. Why did you start your business or choose your career path?

At the onset of the pandemic, I switched gears. I felt a strong compulsion to support and advocate for women. As a result, I sat on the board of an international women’s advocacy organization, became an Advancing Women Mentor for York University, and founded my social media platform, GLORIOUS IS SHE, on Instagram, Facebook, LinkedIn and Twitter. I strongly believed there was an untapped opportunity on social media to celebrate, inspire and empower Canadian women. We’ve all read the headlines on cyberbullying and the negative impact social media has had on the mental health and self-esteem of young women. I decided to challenge myself to create a social media movement that would do the opposite. GLORIOUS IS SHE was launched in July of 2021. In just over a year, the platform has welcomed over 6,700 followers and has garnered the attention of Canadian icons, such as Clara Hughes, Marci Ien, Jann Arden, Mary Walsh, and Jully Black. It is a safe, diverse, inclusive, positive, respectful, and inspiring space for women to gather. It is where my heart is and why being an InfluenceHER with Universal Women’s Network aligns perfectly with my purpose and my values.

When you were growing up, who were the female role models you look up to?

My role models as a child were fictitious characters from the books I loved, namely the protagonists in Anne of Green Gables and Harriet the Spy:
Anne Shirley -- Anne is fanciful, imaginative, eager to please, and dramatic. She is an excellent student and a budding author.
Harriet M. Welsch -- Harriet, an aspiring writer, is precocious, ambitious and enthusiastic about her future career.
As a teen, I thought the fictitious Mary Richards of The Mary Tyler Moore Show was the biggest badass going! She had a job, in television. She had her own apartment and had no husband or children. My Italian Nonna told me that she was a "bad girl" which only added to the allure

What is the best advice you were ever given?

What is the worst advice you were even given?

This is the decade for women to drive change. Why is now so important to empower women to be seen, heard and valued?

Women need to be seen, heard, and valued because it is our only hope going forward. Systemic racism and the patriarchy have failed miserably. For the environment’s sake, the economy’s sake, democracy’s sake, and for our children’s sake, women of all races, ages, classes, sexual orientation, and gender identity need to be at the table, in the boardroom, and in the Oval Office. Period.

Your win is our win. What achievement are you most proud of?

My greatest accomplishment was the creation of the book If you could see what I see…. Like most, I remember exactly where I was the morning of September 11, 2001. I was working part-time as a copywriter at MAD Marketing & Design. As my colleagues and I gathered around a television in the boardroom, all I thought of was my children. I left work and raced to their school to pick them up. When we got home, I resumed watching the news. Unfortunately, I realized too late that my seven-year-old daughter was watching with me. I immediately shut off the TV and asked her if she had any questions about what she just saw. She shook her head. I then asked her to draw a picture of what she was thinking about. My daughter proceeded to draw a picture of one of the Twin Towers. To my horror, she started to draw the people jumping from the tower. My heart sank. How was I ever going to make sense of this for her or provide comfort? To my amazement, I didn’t have to. My eyes filled with tears as my daughter drew little angel wings on the people jumping. The next day I took my daughter’s picture into the office and enlisted the help of the partners at MAD Marketing & Design to create If you could see what I see…. This powerful book was illustrated by Canadian children, written by me, and raised $58,000 for the Canadian Red Cross USA Appeal. It is now part of the collection at the National September 11 Memorial Museum in New York City. In 2019, I received a Certificate of Recognition from the Government of Ontario for my significant contribution to Children’s Literature and the impact of If you could see what I see….

What would you like to achieve in the next five years?

A daily non-negotiable for me is....

Coffee with my husband before we start our day.

I cannot live without my....