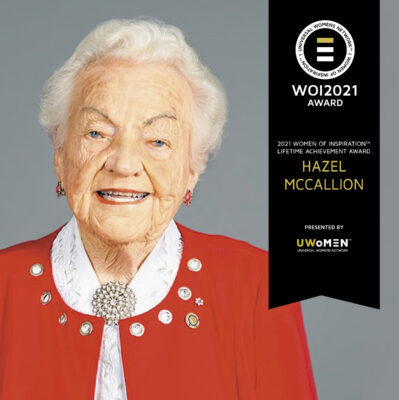 Former Mayor the City of Mississauga

Hazel McCallion is a true Canadian hero and a true inspiration for many. She’s an awesome leader who has empowered many and doesn’t tolerate anything but what is right and fair.

Hazel McCallion, businesswoman, athlete, politician, mayor of Mississauga from 1978 to 2014 (born 14 February 1921 in Port-Daniel, QC). One of Canada’s longest-serving mayors, McCallion led her city for 12 consecutive terms, only retiring at age 93. Nicknamed “Hurricane Hazel” for her brash political style, she oversaw the development of Mississauga from a semi-rural bedroom community into the sixth-largest city in Canada. McCallion is considered a trailblazer for women in politics.