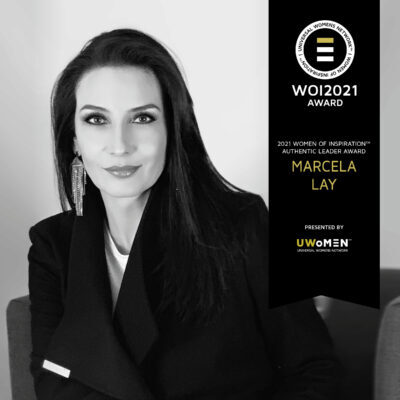 Marcela has spent her career pushing change and redefining the status quo. As a minority woman, a woman in tech and a woman in senior leadership, Marcela has broken gender, ethnic and managerial glass ceilings, not only for herself, but as a true ally and power agent for everyone she has the privilege to lead.

Marcela has been recognized among Campaign’s prestigious “40 over 40” winners, as a dual Stevie Award® winner for “Maverick of the Year” & “Women-run workplaces”, as a winner of the “Women Worth Watching®” Award, and as a “WIT Women of the Year” Honoree.