The contributions women are making within their communities throughout the world are creating long-lasting change. In the words of Monica Kretschmer who created this award, “The Women of Inspiration (WOI) Awards event is about publicly recognizing accomplished women and lending validation to their work…even if they think no one is watching.”

From the award recipient’s point of view, it’s being honoured like this that can leave a person positively speechless. One award winner reported, “When my name was called, the beating of my heart was so loud that I could not hear anything else. I felt frozen. All I could do was step forward in response to my being summoned to the stage. My heart was pounding. Tears began to well up in my eyes. I was determined not to cry. The tears finally let go like a racing river when I got back to my seat. It was then that I realized how gratifying and simultaneously overwhelming it was to receive this momentous recognition from my peers.”

Before the brunch and before getting seated, picture this: A white wide, runner-style carpet silently summoning you to enter the expansive reception area. Picture a larger than life-size collage of things to look at and do. Where to step first? You want time to stand still to take it all in. Breathe in the energy within the space. Take a walk through the marketplace area and head toward the dining room. From the sponsors and the vendors to the silent auction and the photo gallery of the 2016 award winners, it was a full house, so to speak.

Picture yourself visiting the Media Wall and having your picture taken by Toni Nicole. It might be the first time that your casual event photo was ever taken by a professional photographer. If you are planning to attend WOI next year, be sure to have your photos taken on location. Assemble your cheering team. Do selfies if you wish. Let the atmosphere expand your spirit and join in the fun.

Amanda Lindhout, author of A House in the Sky, delivered a moving keynote address. She shared a vivid and intensely emotional account of her time spent in captivity. Amanda’s message imparted how being at your most defenseless can open your heart and offer opportunity to transform your vulnerability into compassion and strength.

Additional speakers at this year’s event included Shauna Walker of The Spa Ritual, Mayor Nenshi and the Alberta Government Cabinet Minister on the Status of Women and Service, The Honourable Stephanie McLean. The wife of the Prime Minister, Sophie Gregoire Trudeau, delivered a pre-recorded address via video. They all advocate the importance of women to claim their voice in the bigger picture.

The event was co-emceed by Michelle Morgan of CBC Television’s Heartland and Linda Olsen, award-winning journalist and News Anchor at Global Television Calgary.

Is there a woman of inspiration in your life? Nominate a women who is making a difference in the local community and around the globe.

Become a Member of The Nest. 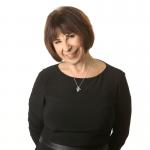