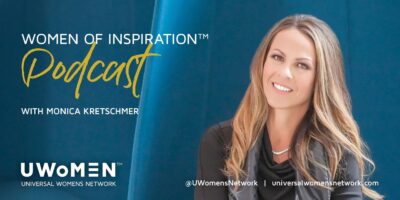 At age 8, she is the youngest Award recipient of the Women of Inspiration™ Awards for our official Canada 150. Now at age 12, we are excited to welcome Sophia as our National Youth Ambassador!

She is a very interesting leader and award winner in STEM (Science, Technology, Engineering, and Math). She is a Board member to AWSN.org, a Policy Influencer, an Entrepreneur, and an Inventor. Sophia’s online presence can easily be found on Google by Googling Sophia Fairweather, going to Twitter / LinkedIn, or her Site StartUpBySophia.com. She has won 6 Awards and many other recognitions: Canada 150 Women of Inspiration Award, ASTECH Award, Manning Innovation Award Alberta, TECVenture Award, ATB BoostR Award, and Alberta’s Leaders of Tomorrow Award. For her efforts she has been recognized in both the Alberta Legislative Assembly, the Canadian Senate and the Parliament of Canada; as well as being invited to speak and present. UWN:

Every woman has a story. Tell us about your story!

SF: When I was younger I was fascinated by the idea of making things and creating this by yourself, and learning made me feel and still made me feel content!! With this at 5, I started making cookies and coffee and selling them to my parent’s work, which I remember walking through the hallways and putting then things needed for coffee at the coffee stations. After a while I wanted to move on to something else so because I went to an art school I went with making something ugly into something pretty, and voila I made funcro but at the time called it decals and named the company declsbysophia!! At that stage and that time I learned A LOT in how to present myself, how to accept help, and not accept help, and I just have found that at that stage I learned A LOT!!! Then I came up with more products by using the falsify “ find a problem and fix it” not the other way around!! My newest is SASSI, a Smart Air Sensor System, and the I stands for IoT [ internet of things]!! Also, I am focusing a lot on my education which this online and tech explosion has helped a lot with because before this I was taking University courses and other things online for learning!! Now that everything has gone online it has made it quite nice and easier!! Now I am expanding and trying to get more out there, and promote STEM and women and girls in STEM because if you see someone like you in something you’re more likely to go into it!! I am a huge proctor of peer to peer learning!!