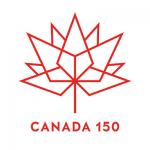 Amanda is an Activist, Speaker, Journalist and New York Times bestselling Author, Award Winning Humanitarian, and founder of the Global Enrichment Foundation. Her award-winning memoir, A House in the Sky, is the story of Amanda’s years as an aspiring television war reporter in Iraq and Afghanistan as well as the 460 days she spent as a hostage in Somalia.

Amanda Lindhout traveled to Somalia as a freelance journalist to research a story on the millions of people affected by two decades of war, drought, and famine. Kidnapped by teenage criminals outside of the capital city, Mogadishu, Amanda spent 460 days enduring unimaginable hardships as a hostage in one of the world’s poorest countries. Today she’s asked by audiences around the world to share her story of forgiveness and resilience. Amanda has been featured in publications including Vogue’s September Issue, O Magazine, ELLE, The New York Time Magazine and The Globe and Mail and appeared on Dateline NBC, The Today Show, Anderson Cooper 360, CNN, Sanjay Gupta MD, NBC Nightly News, BBC, MSNBC, CBC’s The National, Radio Canada International, and a variety of other TV and radio programs both domestic and international.

Amanda’s memoir, A House In The Sky, is a New York Times bestseller and is slated for development as a major motion picture with Annapurna Pictures. Oscar nominated actress Rooney Mara is set to produce and star in the

Shobha is an award winning singer, songwriter and recording artist based in Canada, and is one-half of the writing/production team The Fourth Floor with producer/songwriter Rob Wells.

Since debuting on the music scene in 2008 with her first album “Work in Progress”, Shobha’s music has been garnering attention from around the world.

After signing a worldwide publishing deal with Sony/ATV, Shobha has been busy writing for today’s top artists including Ria Mae, The Heist, Bobby Bazini, Tep No, Crystal Kay, Victoria Duffield, Kiki Rowe, Tyler Shaw, Theo Tams, Kolton Stewart, W Darling, Wild, Ana Golja and many others. Shobha has contributed to the soundtrack of Degrassi Next Class on Netflix with 5 new songs including the main theme as both artist and songwriter.

Sophie Serafino is a violinist, performer described by the Calgary Herald as a ‘show-stopper, The Edmonton Journal as a ‘tour-de-force, and the Sydney Morning Herald as ‘one of the few who deserve the title of diva’. Sophie has performed her own compositions for more than 600 concerts in over 30 cities worldwide, has worked with recording artists including Goldfrapp, The Hoodoo Gurus and Josh Groban, and has performed for Olivia Newton-John and dignitaries including the Crown Prince of Dubai, the Bahraini Royal Family, and Crown Prince & Princess of Denmark. Born in England, raised in Australia, Sophie completed her Bachelor of Music Performance Violin Major at Sydney Conservatorium.

Christine has been an entrepreneur her entire life. Having built and sold two companies, she understands the steps it takes to go from “I have an idea!” to becoming a legitimate business and then planning for steady growth. With a Bachelor of Arts in Communications and a passion for simplifying complex ideas, she has been a communications consultant and advisor for over 10 start-ups in a wide variety of industries. She was also a Relationship Expert for over 16 years, working with singles and couples. Christine has been featured in over 200 media outlets, including CTV, The Globe & Mail, The Financial Post, Elle Magazine and The Huffington Post.  Christine loves to sing and has been performing jazz in North America and Mexico for over 6 years.

Chloe is 13 years old and in Grade 7. She loves to excel in everything that you put in front of her. She keeps herself very busy musically with Vocal Lessons, Choir, Piano and Guitar. She has competed in Local Music Festivals which then allowed her to compete at the Alberta Provincial Music Festival for the past several years. She has a passion for Country Music but loves all genres and ages. She enjoys singing the anthem at Hockey Games, Rodeos, Football Games and numerous other events. The icing on the cake is her chance friendship with W. Brett Wilson that has given her the opportunity to perform at his Fundraisers with the most recent being the SoulMen60 event where she sang the Anthem and hit the stage with another great friend Brett Kissel to perform Trisha Yearwood’s – She’s In Love With a Boy. This was by far one of the most amazing things that she has done to this day. Hitting that stage just felt “right” and has given her a smile that one cannot hide. Their friendship, kindness and wisdom are something that will never be forgotten. Chloe is also an athlete that enjoys every sport. Her Hockey team just won Provincials in March and now she is on to Provincial Softball. Somehow with all of this going on she still manages to keep her grades up and is always looking for the next adventure with STARS in her eyes.

Michelle is the fourth of six children from a Chilean-Canadian family. She was born in Calgary and grew up moving between Toronto and Vancouver. She starred in the television series Heartland (2007) for CBC, based on the books by Lauren Brooke. Michelle has volunteered with women’s shelters across Canada. She was the Campaign ambassador for the #IamCourage Campaign for the Brenda Strafford Women’s Shelter in Calgary in 2013, and for the #MyHomefront campaign for the non-profit organization Homefront in 2015.

Born and raised in Calgary, award-winning journalist, Linda Olsen graduated from SAIT Polytechnic in 1988 with Honours in Broadcast Journalism and started her career that same year at Global Saskatoon. In her 20 years at Global, Olsen has seen some of the biggest events to hit the city including the 2013 Southern Alberta Floods. Olsen and co-anchor Gord Gillies covered the flood for 10 hours on-air, keeping viewers up-to-date on the significant event. An advocate for the community, Olsen is a honourary board member of Believe in the Gold, a local charity aimed at raising awareness and supporting research for children with cancer in Calgary. She’s also on the St. Mary’s University communication committee.

This year we celebrate 150 Women of Inspiration to recognize Canada’s 150th Anniversary. It will be memorable business empowerment, celebrating women who make a difference in our community. Join us to build authentic connections, networking with like-minded women and men passionate about advancing women in business. Celebrate with Women of Inspiration nominees, White Hat Awards presented to Award winners in eleven categories, be inspired by keynote Amanda Lindhout story of forgiveness and connect men and women who believe together we are stronger.  Be sure to enter our raffle draws with 100% donations to build The Nest Foundation supporting programs to empower women and end domestic violence.

SPONSOR A TABLE (VIP)  – Includes your company name on the table and listed a s a Table Sponsor in our Program (tables must be purchased by Monday, September 11  to be listed in the program). VIP Post Event Book Signing with Amanda Lindhout; A copy of A House in The Sky Book; Awards, Brunch, Keynote, Live Performances and VIP Post Event Book Signing at the Connection Lounge.

Need a place to stay in Calgary? Our Hotel Partners at Marriott have a special rate for guests of Women of Inspiration. $ 180 CND – Single or Double. Marriott Hotel (across the street from the Calgary TELUS Convention Centre). To book: (403) 266-7331 Reference code: : M-8XUP7BR

Continue the celebration and join us for a Private Post Celebration Dinner at Sassi with our VIP’s and Celebrities. Your ticket includes: three course meal, glass wine, dessert and the company of VIPS’s.  Space is limited, register below by September 22 to join or until sold out.

One person is attending 150 Women of Inspiration Awards