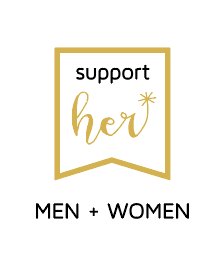 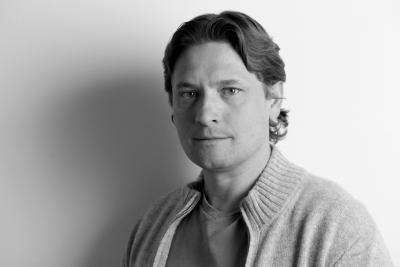 Meet Peter Pilarski, President of Cannabiz Social, a full-service communications and marketing agency with a mission to empower the Canadian cannabis industry through innovative communications.

With two sisters and mom who ran the family business with his dad while also taking care of the children, Peter was raised by and surrounded with hard working and dedicated women his entire life. Through this childhood experience, he witnessed just how much passion women bring day in and day out to make their families, businesses and communities better.

Through his company’s Podcast and accompanying blog, “Profiles by Cannabiz Social”, Peter has written about and spoken to several women who work in the cannabis industry about not only the importance of women in the workplace but also the role they are playing the fast-growing cannabis space.

He encourages women from all backgrounds to listen to the podcasts for inspiration and encouragement – he sees the cannabis industry as an amazing social experiment because its literally a brand new legal industry with an already well-established market and strong demand for the product – its an industry where anyone with a passion and an idea can make something happen.

One of the podcasts is with Camille Chacra, who is not only doing incredible work in the cannabis industry in general but is a champion for women in the space. Camille recently introduced cannabis products that are tailored for women because she didn’t see enough options in the market.

She’s a trailblazer and advocate for supporting one another in the community and seeing more diversity. Camille mentions that while the cannabis industry is still really an old boys club at the executive level in publicly traded companies, we are starting to see more women coming in and leading the charge. Many women have been able to carve out a niche for themselves in cannabis, she says.

Peter also interviewed Lisa Campbell, a longtime advocate and activist for cannabis. Campbell has helped independent cannabis companies come to the forefront, and she is the founder of Lifford Cannabis Solutions, which seeks to become an agent that represent several Canadian cannabis brands similar to how alcohol brands are represented.

Another inspiring guest was Miz D, CEO of Dvibz, and an innovator and pioneer in the cannabis industry who is a strong believer in cannatherapy and for busting the narrative around cannabis and helping people realize its positive effects.

Peter believes that the most important success factor– for men and women – is passion. He says that it’s the passion that he sees in entrepreneurs carving out a niche in the cannabis industry that makes this space so exciting to work in.

He also believes that women are naturally more passionate than men and they are far more committed and focused – this is something they should take more advantage of. However, men tend to take bigger risks and have more confidence, and this is why they are often successful in business. For these reasons, he says that its so critical to have a healthy mix of men and women in the workplace.

He finds himself frustrated by some of the old school mentalities that he sees by some men in the business world, who unfortunately still think its ok to act in ways towards women that are entirely inappropriate. For women working for men like this, he has two pieces of advice: leave now and don’t look back. In Canada at least, the business world is changing, and misogynistic power tripping men don’t deserve to have great women that add tremendous value to their businesses on their team. The more women that just pick up and leave jobs with men like this in charge, the more isolated and unsuccessful those men will become.

Men need to be a part of the solution. Gender-balanced teams where people are treated respectfully and fairly demonstrate superior dynamics and productivity. Companies and organizations can take steps to help remove barriers that women still face in the workplace and engage men in initiatives to promote gender fairness and respect. And under no circumstances should companies tolerate misogyny, disrespect or any other similar behavior.

Much like in the business world, leadership is important for both sides. Both men and women need each other. Men who care about empowering women to pursue their passions should find avenues to step up and show leadership. Click To Tweet

This is why Peter decided to SupportHer!

The SupportHER membership offered by Canadian Business Chicks empowers men to empower women in the business space, and I truly believe it’s important to recognize that men and women can work together and flourish. Click To Tweet Men who care about empowering women to pursue their passions should find avenues to step up and show leadership. Click To Tweet